The City maintains 374 alleys throughout the city.  This equates to 42.2 miles.  Of these, 42 alleys are paved and the remainder (332) are unpaved.  Past maintenance actions have included adding road base and re-grading to remove ruts and potholes.  This is typically done once in the spring, and then only as needed. 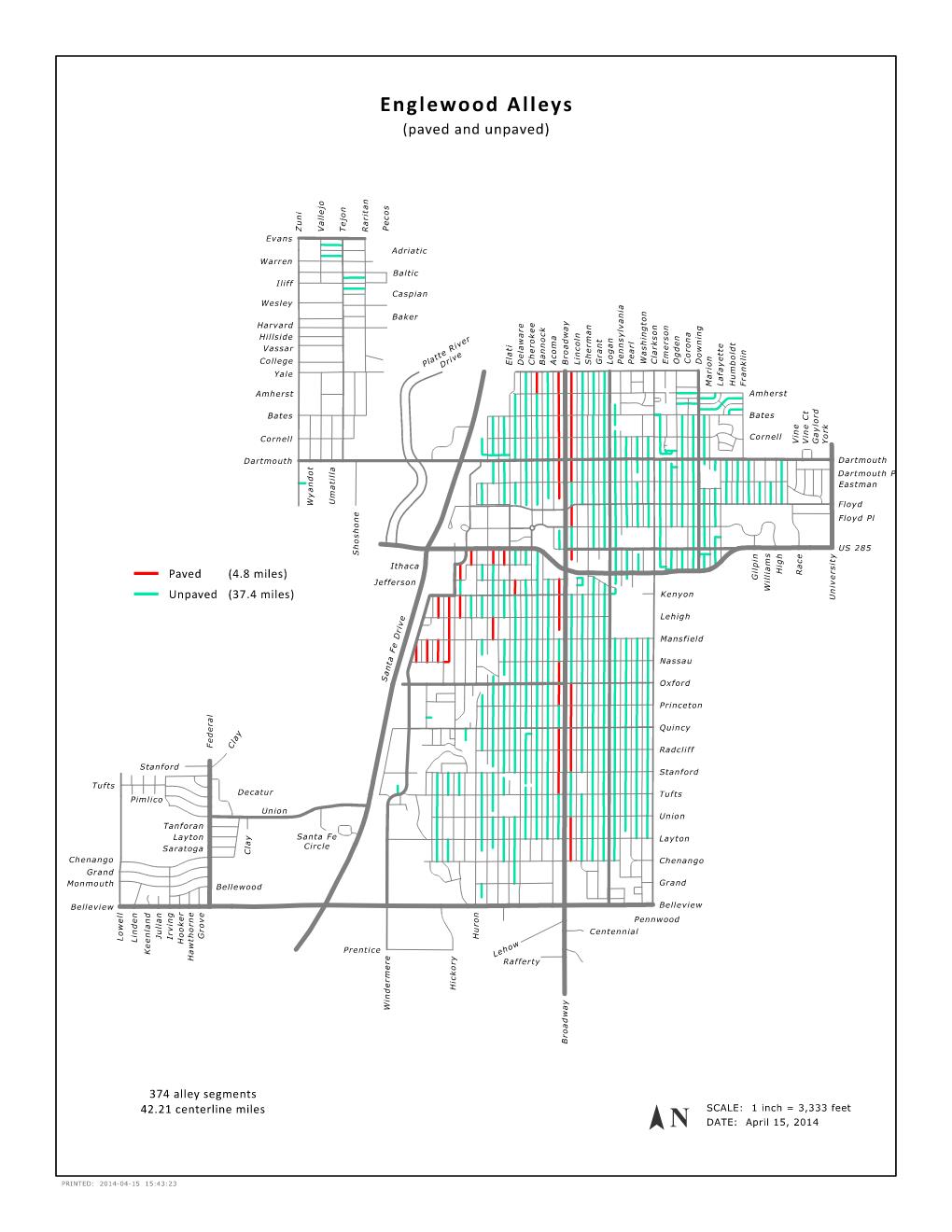 Due to the number of complaints received this spring about the condition of the alleys, the City is implementing an immediate effort (spring/early summer) to make alleys passable and then a short-term (summer/fall) effort to improve drainage through grading and then apply dust abatement materials.

The City has been divided into five (5) maintenance areas.  Staff has prioritized alleys within the five areas, based on how severe access is affected as well as the number of concerns received.

Status Update:  Due to the heavy snowstorms in late October and late November, the City’s contractor was unable to progress the alley grading as originally scheduled.  Now, with winter temperatures set in, they are no longer within manufacturers specifications for application temperatures of the stabilizer product.  Therefore, alley grading in Area 2 has been delayed until April 2020.